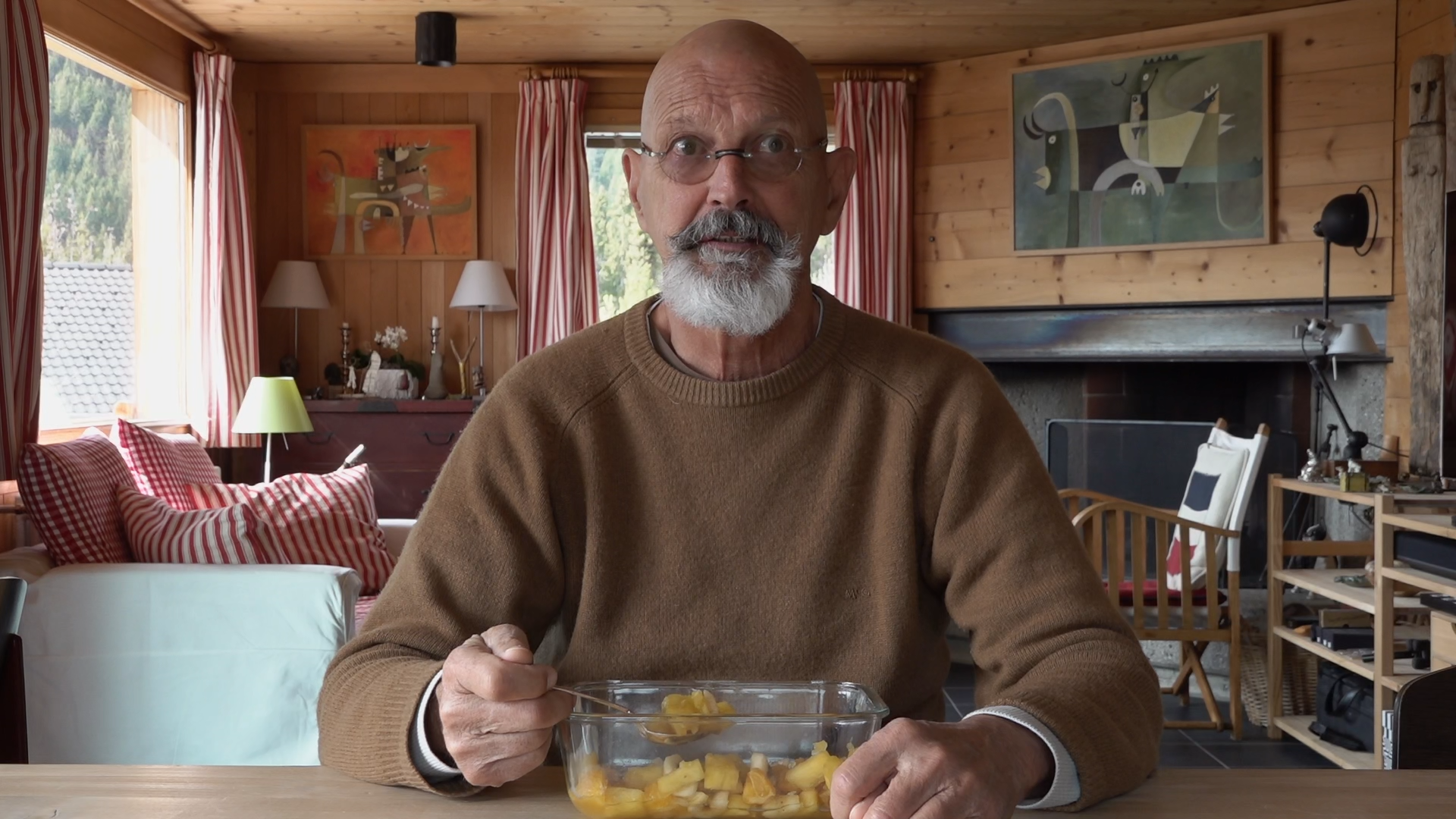 Filmmaker Jules Guarneri grew up in Villars among his adopted siblings in a chalet that is regularly haunted by the ghost of his mother. His father, head and guardian of the family chalets, films himself daily and hands over his cinematic legacy to Jules with the instruction that he should make his first film from it. Thus begins a tricky, intimate and at times pleasurable journey into Jules’ independence.

LE FILM DE MON PÈRE ultimately becomes a very different film from the one his father imagined. Jules Guarneri takes an empathetic and reflexive look at this somewhat neurotic family material and humorously performs a symbolic patricide on the cutting board. The resulting family portrait celebrated its world premiere at the Vision du Réel, where it was awarded the Jury Prize.