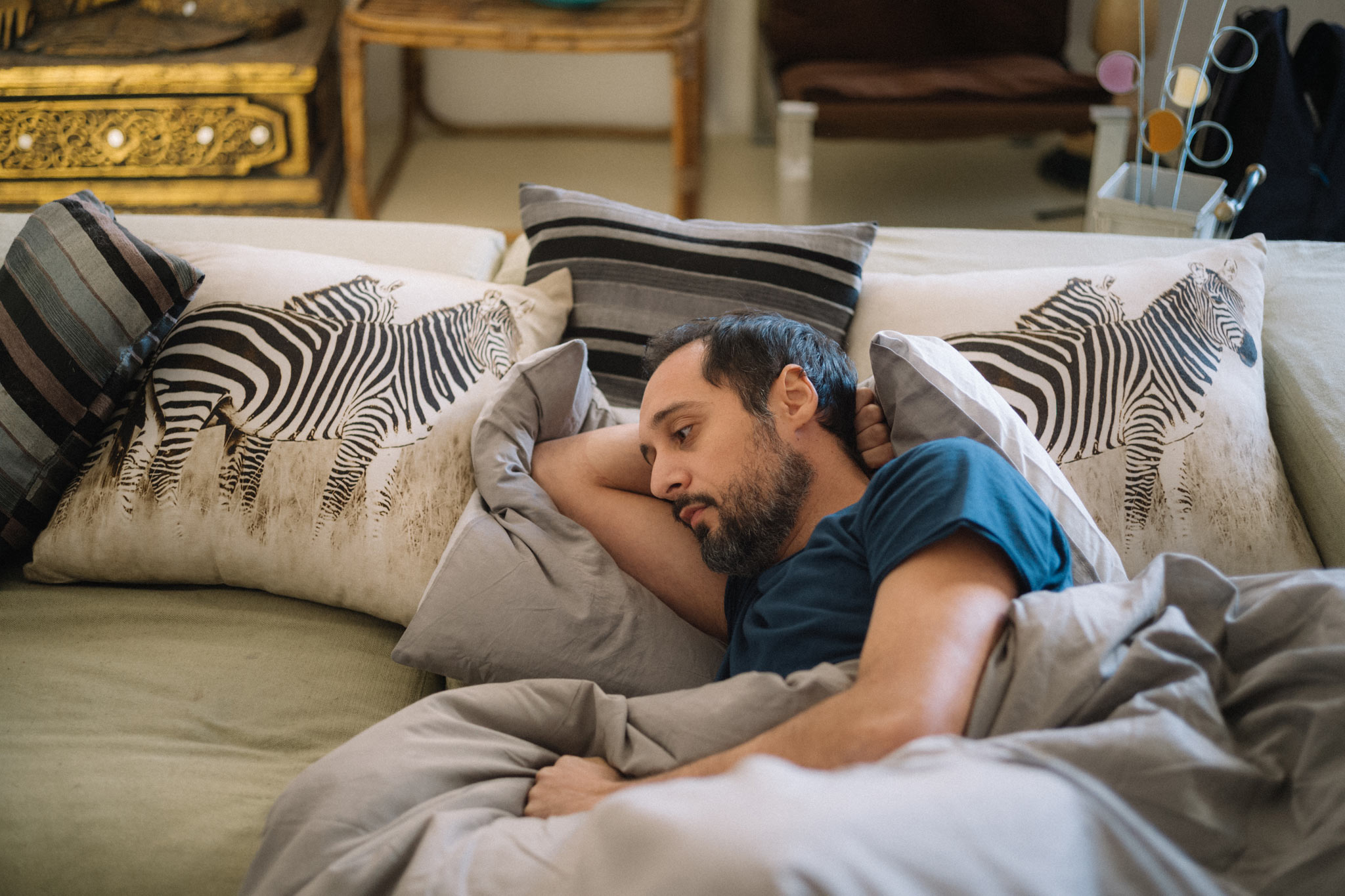 Squabbling with his girlfriend and stranded on different friends’ couches, 38-year-old Guido tries to transform his wacky urban drift into a chance for a new beginning.

Guido leads a content and uncomplicated life until one day a leaky condom comes between him and Chiara. While the idea of a baby makes Guido want to get more settled, Chiara admits to growing doubts about their relationship. They argue until Guido packs his bags and leaves. Unable to be alone, Guido asks parents and friends to put him up. As he moves from one couch to the next, he gains a whole new perspective on his family and friends’ relationships, witnessing their everyday lives and various romantic entanglements up close. Approaching 40 with nothing to his name, Guido’s life is far from what he thought it would be at this point. Stranded at the end of this love he still finds a way to laugh it all off and embrace life’s curveballs.